from simplicity to perfection

In 1956, Lala Duli Chand Gupta sowed the seeds of a small basmati business which is today known as Dunar Foods Ltd. At the time, it was beyond imagination that his small-time enterprise would reach such heights as it has attained today. In 1988, Mr. Narender Gupta joined his father’s business, with a vision to take the organization global. In 1992, Mr. Surender Gupta, the younger son of Lala Duli Chand Gupta, joined the business as a protégé to his father and elder brother. The formidable trio greatly accelerated business development.

In 1996, the firm suffered the tragic loss of its founder, Lala Duli Chand Gupta. In furtherance of their father’s grand vision, the two brothers continued to fuel the firm’s growth trajectory and converted the proprietary business into a private limited organization that came to be known as Duli Chand Narender Kumar Exports Private Limited.
‍
Year 2000 marked the commencement of direct exports by the company, in addition to its domestic business. The same year saw a tragic setback to the Dunar family, with the untimely demise of Mr. Narender Gupta. Mr. Surender Gupta then shouldered all the responsibilities of the family business, with a firm resolve to keep up and strengthen the legacy of his family.The company has gone on from strength-to-strength, employing the most advanced technology in the world and gaining an unparalleled reputation for quality and commitment amongst its suppliers, buyers and other stakeholders.
‍

Mr. Surender Gupta created the word Dunar with the initials of his late father and elder brother, with ‘Du’ coming from Lala Duli Chand’s name and ‘nar’ coming from Mr. Narender Gupta’s name. Six-and-a-half decades in the making, we are one of the most preferred and reputed brands in the world of basmati rice.We value your feedback more than anything else.

One of the largest processors/exporter of Indian
Basmati rice, Dunar produces above 360,000 metric tons.

Over five decades, Dunar has been recognized and certified by the Government of India with various awards and titles.

Since its inception in 1956 Dunar has been treating every milestone achieved as a stepping stone to go past another one.

The current production of Dunar is scheduled to increase, making it the largest enterprise in the Basmati Heartland of India.

The eventful journey from 2000 to 2020 is decorated by several major milestones, with 2012 bringing the breakthrough of converting Duli Chand Narender Kumar Exports Private Limited to Dunar Foods Limited, a public limited company.

Dunar Foods Ltd., with its expertise and integrity, has mustered matchless credentials in the domestic and overseas markets, with its flagship brand: Dunar. 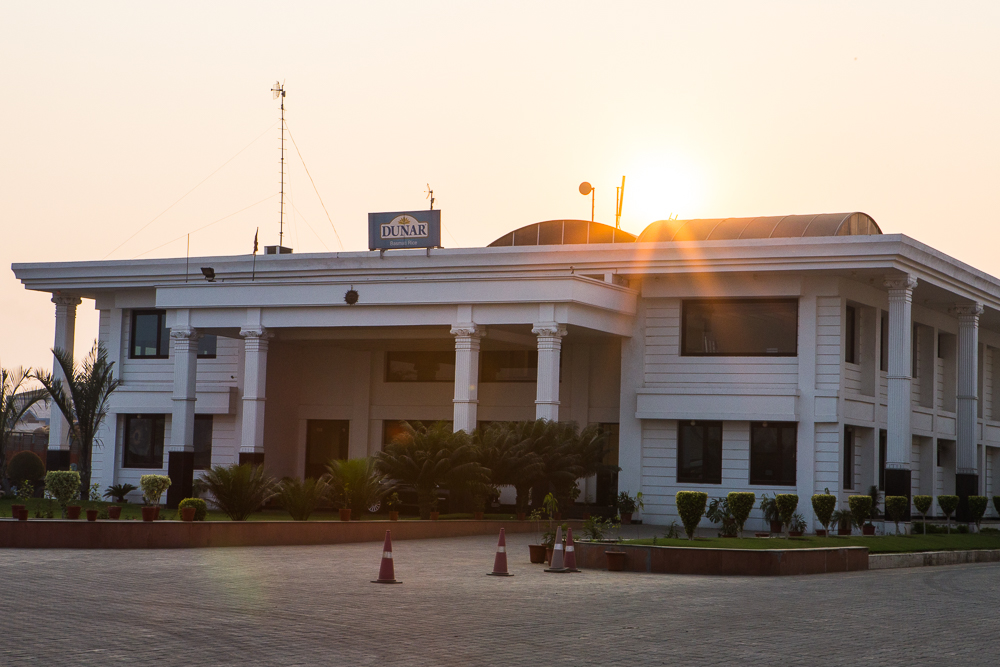 Dunar has setup ‘Krishak Salah Kendra’, an agri-tech enabler, to ensure that the latest agricultural technology reaches rural farmers in India, to facilitate the most optimum usage of our limited natural resources. As the flagship initiative under KSK, Dunar has provided direct seeding rice drills and turbo happy seeders to various rural farmers, on a pro bono basis, to help them enhance work efficiency and to help improve their socio-economic stature with the most progressive and advanced field-based technology.

The quality of rice and in turn the success of our enterprise hinges on farmers’ labour and toil in the fields, and KSK is our way to give back to one of the most important stakeholders in our industry. As another sub-initiative of KSK, we actively support efforts to uplift the farm-help tending the fields and all other people who contribute their labour towards the farm-to-fork progress of the Basmati wonder grain.

Let the “Queen of Fragrance” take your breath away.
Try Dunar Basmati today.